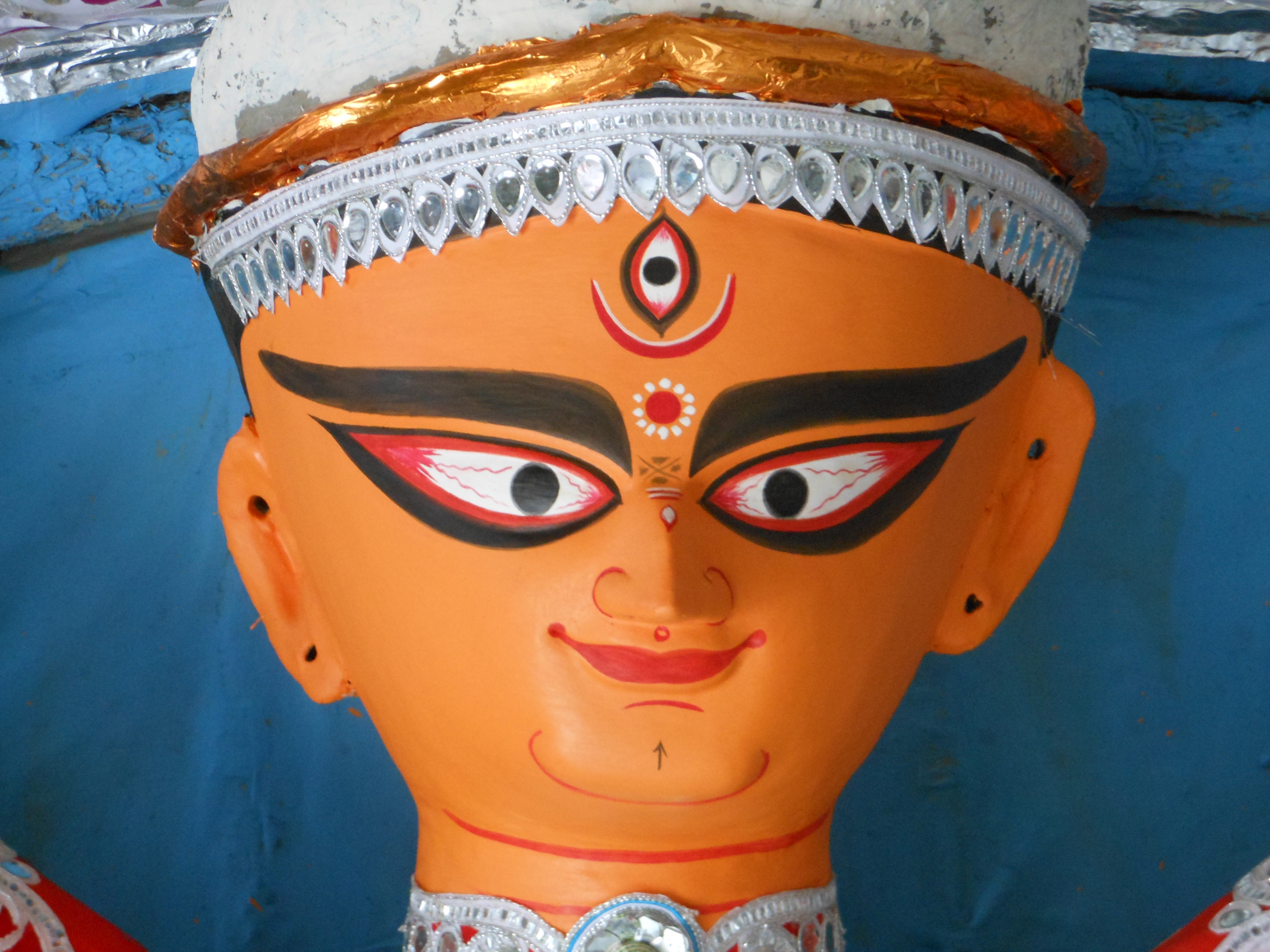 The countdown to Durga Puja is well underway by Mahalaya,  which is observed seven days before (September 23rd for 2014).  It’s on Mahalaya that preparations for Durga Puja reach their final stages, and it’s believed that on this day Durga, the goddess of supreme power, descends to earth.  One older custom still observed by some is the painting of Durga’s eyes on this day, as a symbol of her invocation and impending presence.

On Mahalaya, my husband Stan and I paid an early morning visit  to the Shovabazar Rajbari.  Dilipda’s Durga sculptural tableauxl had been painted and dressed, but final details, such as hair and weapons or instruments that the gods and goddess hold in their hands, have not yet been added.  While we were there, we encountered Sri Krishna Deb, the community organizer for the Shovabazar’s pandal presentation.  Sri Deb graciously invited us to attend the community’s Mahalaya celebrations that evening!

When we returned in the evening, the celebration was getting underway with a beautiful ceremony in which many small oil-filled clay dishes were lit. 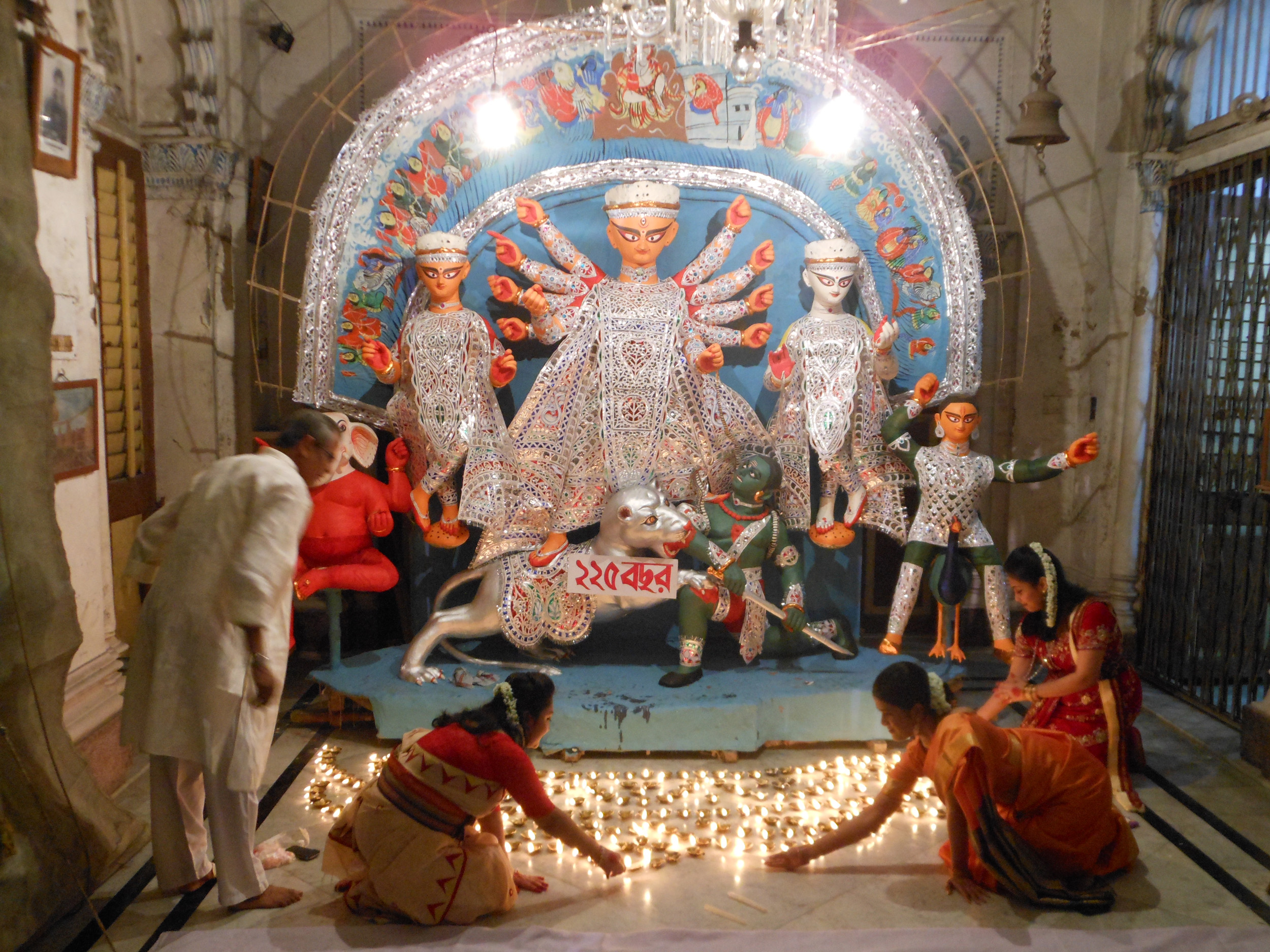 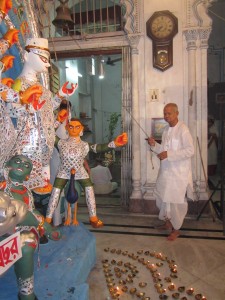 After the lamps were lit, Sri Deb rang the puja bell.  Far in the distance (center of the  photograph) you can see a priest sitting on the ground and performing the evening’s rites. 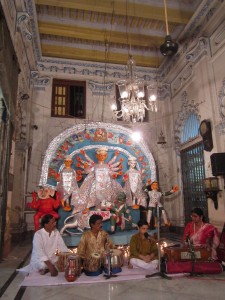 Then began a lovely musical program including members throughout the Shovabazar community, beginning with the youngest members, and progressing to the most accomplished dancers and musicians. 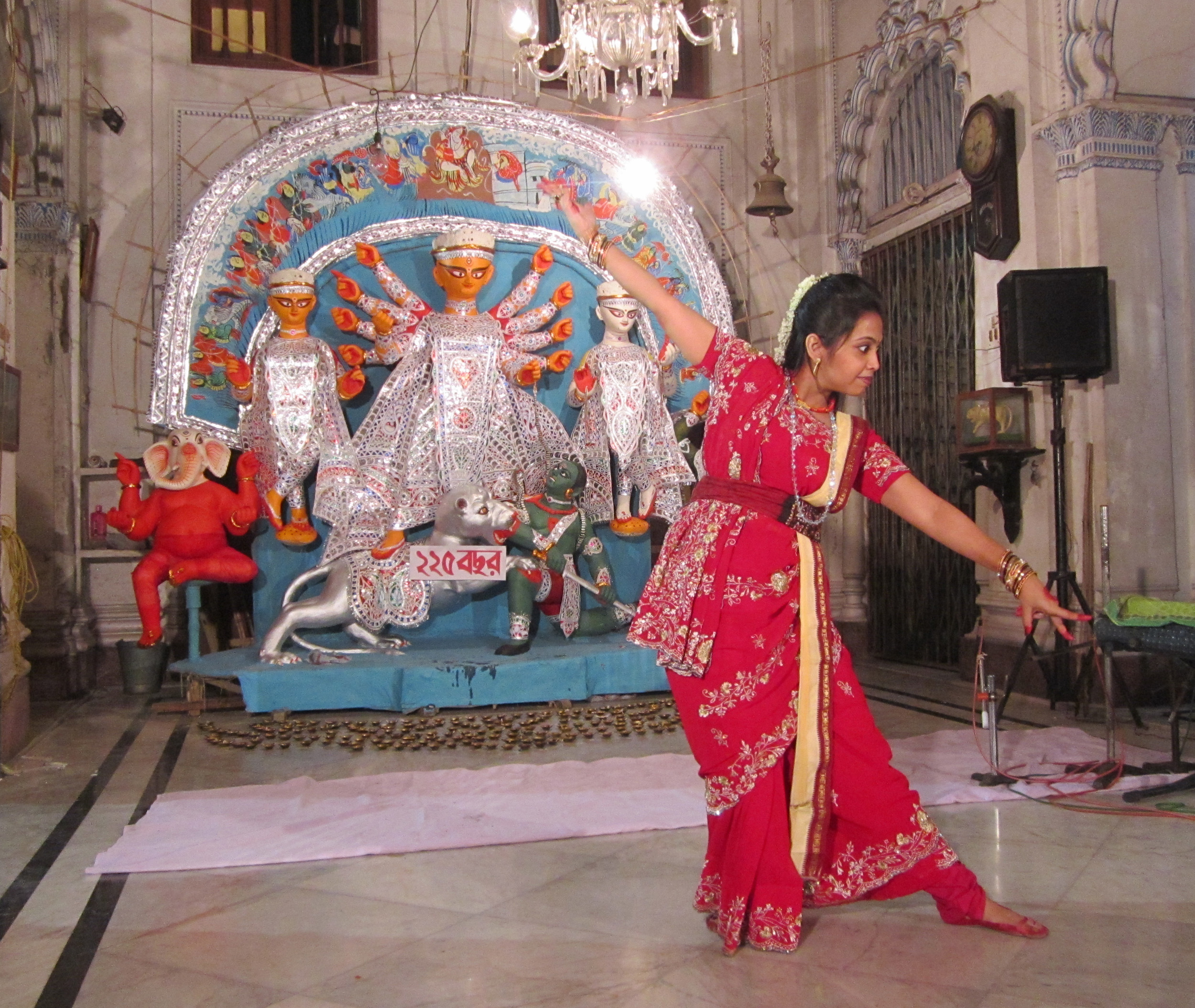