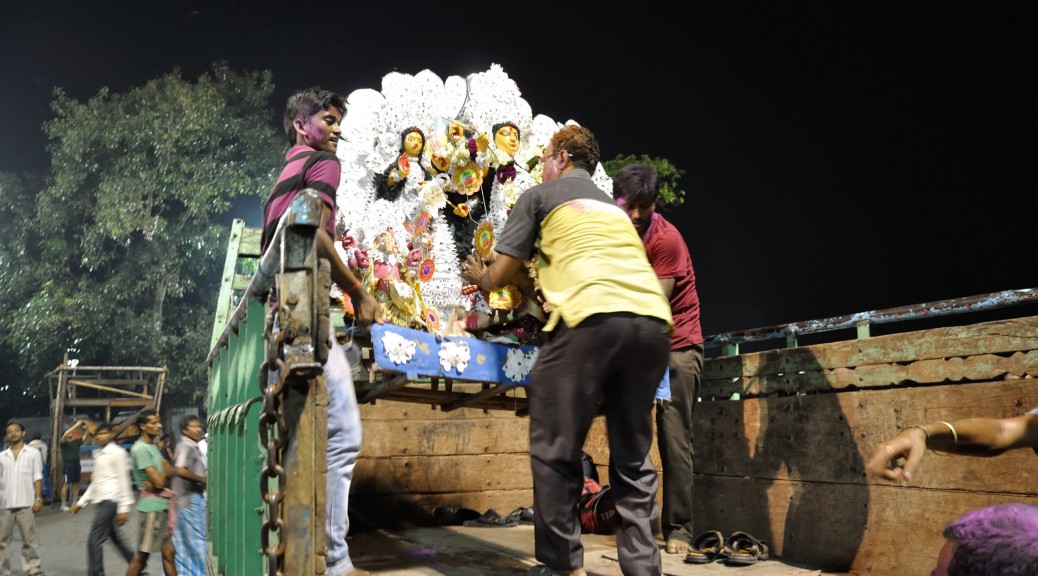 Traditionally, Durga Puja ends with the immersion of the pandal images into a stream or river.  Once again, good has triumphed over evil, and Ma Durga and her children return to Mount Kailash and Durga’s consort, Lord Shiva.

Thousands and thousands of images are submerged each year!   There are serious environmental concerns in Kolkata regarding the dumping of so much debris (not to mention chemicals from today’s use of acrylic paints, etc.) into the Hooghly.  To alleviate these concerns, some communities or families now keep their clay images for several years before immersion.  Others have developed their own symbolic immersion of the goddess and do not submerge the pandal at all.   This year, a few media outlets reported that in some cities located along the banks of the Ganga river, all worshippers now submerge their images in man-made ponds instead of the river.

However, in Kolkata, many still chose to physically immerse their Durga pandal this year, and immersions began on October 3rd.  The following morning there was a massive reclamation and recycling effort.  The images in this post will show you some of the efforts being made at an area next to the Hooghly river that is called Babughat.

During the time set aside for immersions this year, convoys of trucks loaded with people and pandal images made their way to the river,  while musically accompanying their journey with drums and chanting. 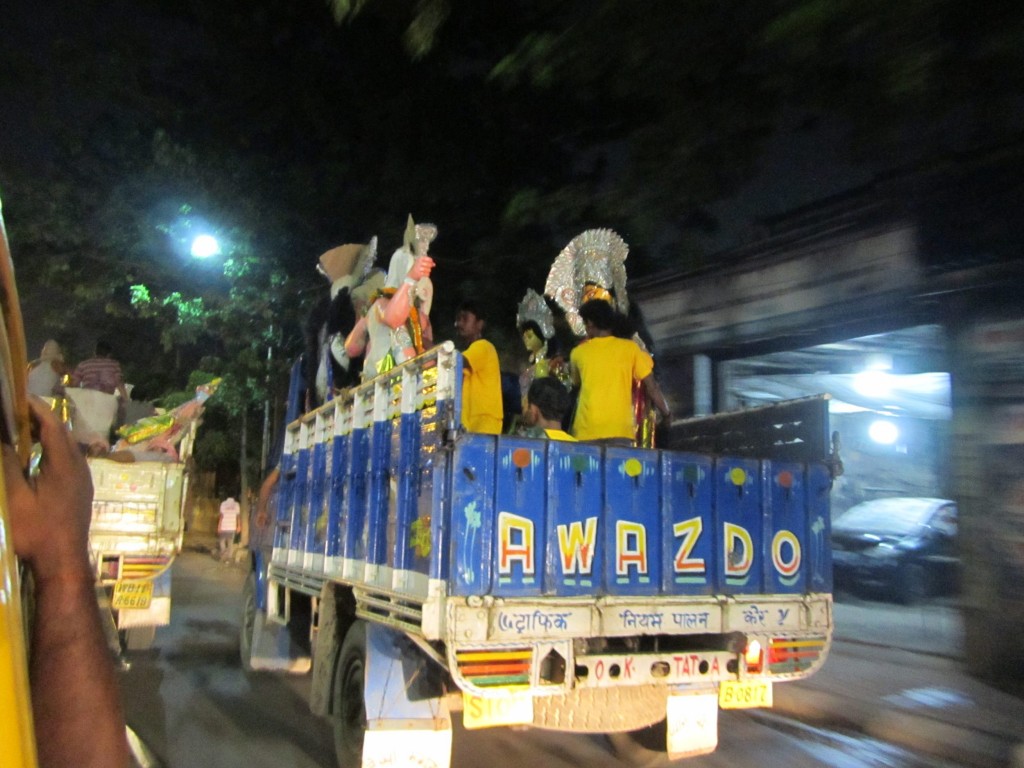 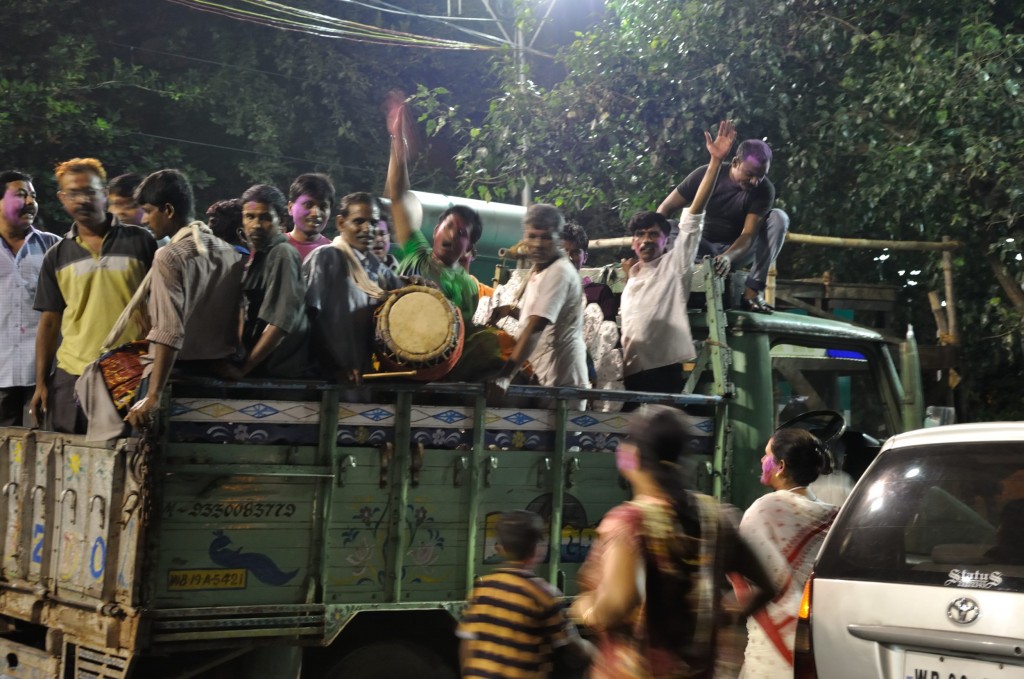 The group of people packed into the truck above all work for the same corporation, and they had brought the company’s puja pandal. 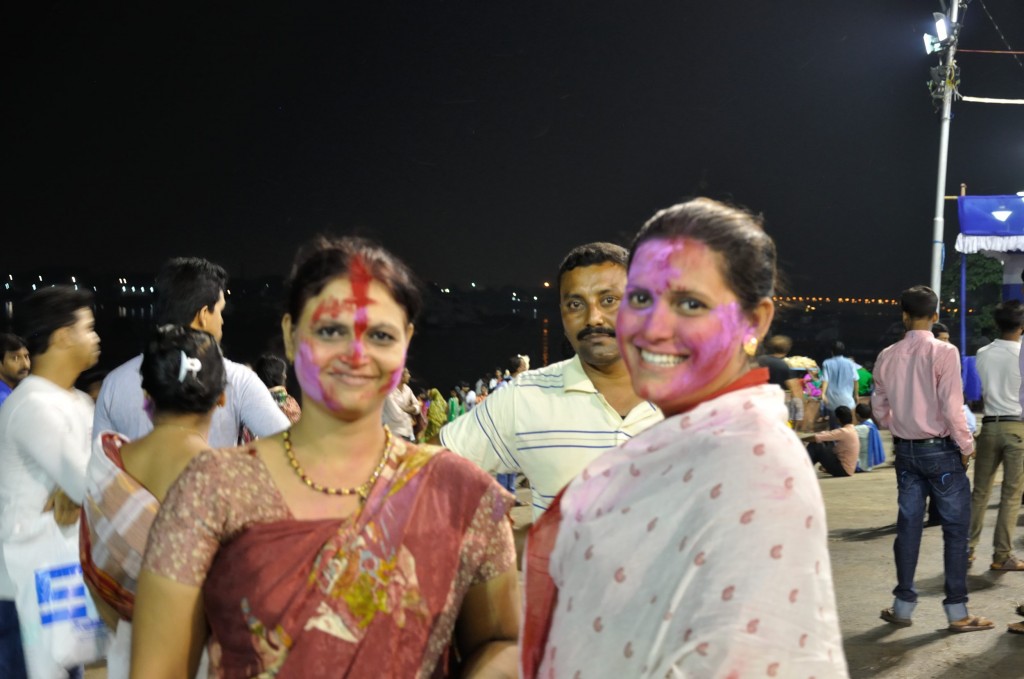 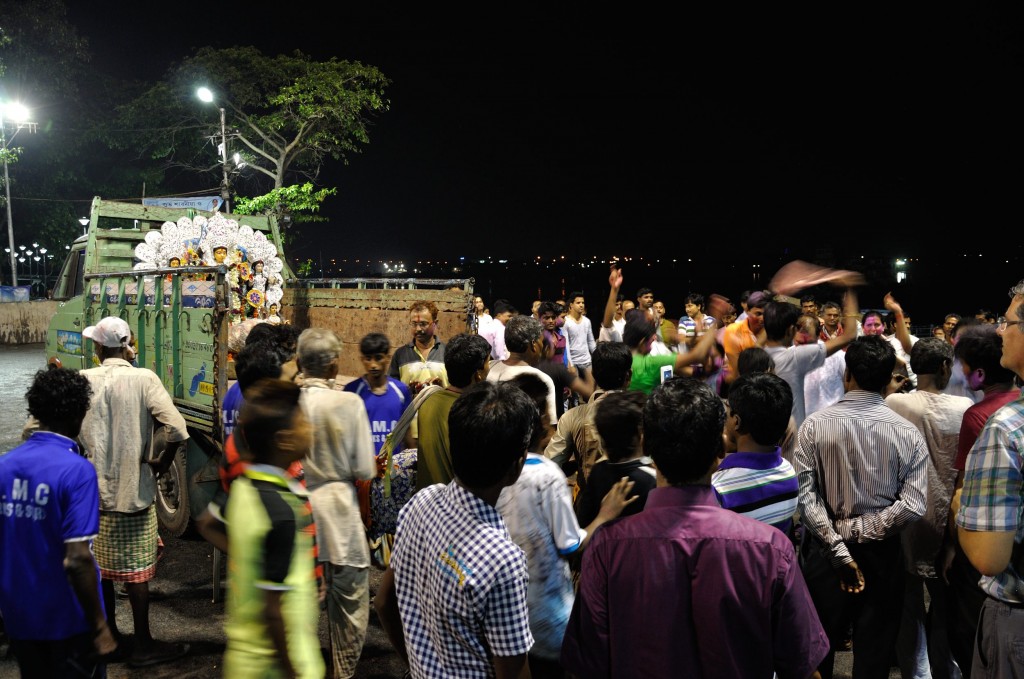 Lots of dancing and music to honor Durga and her children before lifting the images out of the truck. 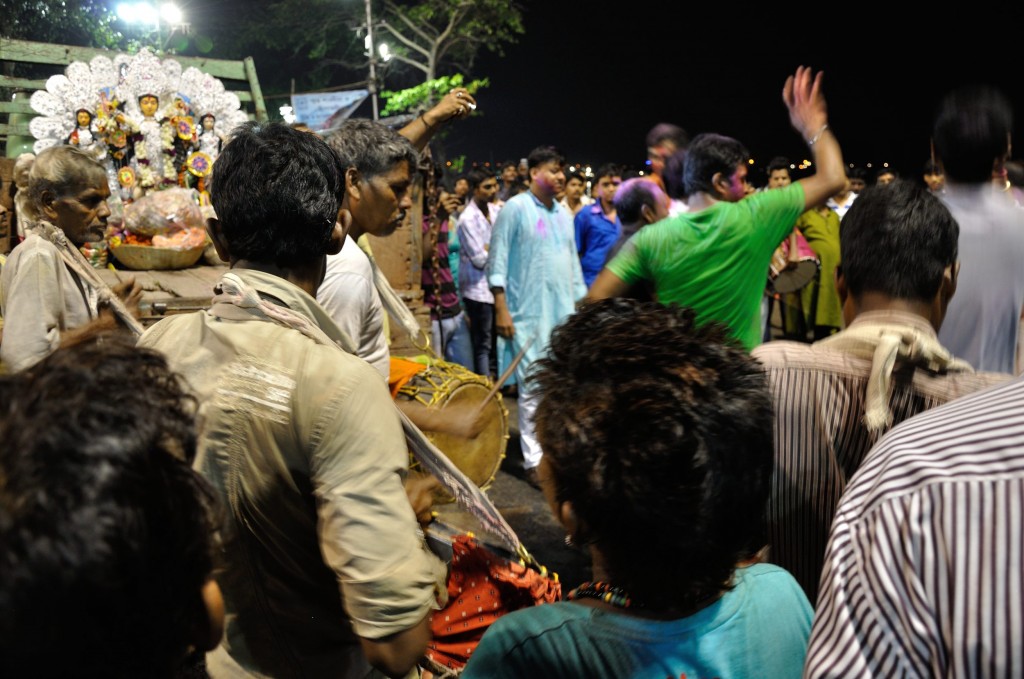 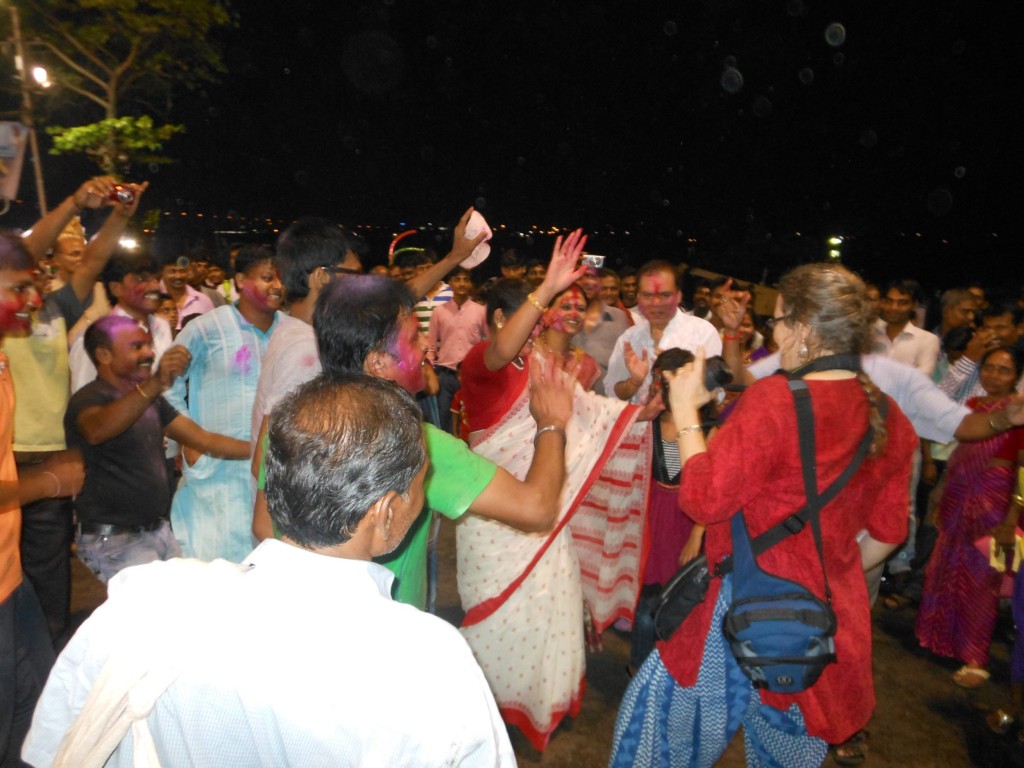 The company insisted that we join in the dance!  So here I am, happy to oblige, yet not exactly sure how to dance safely with my Nikon. 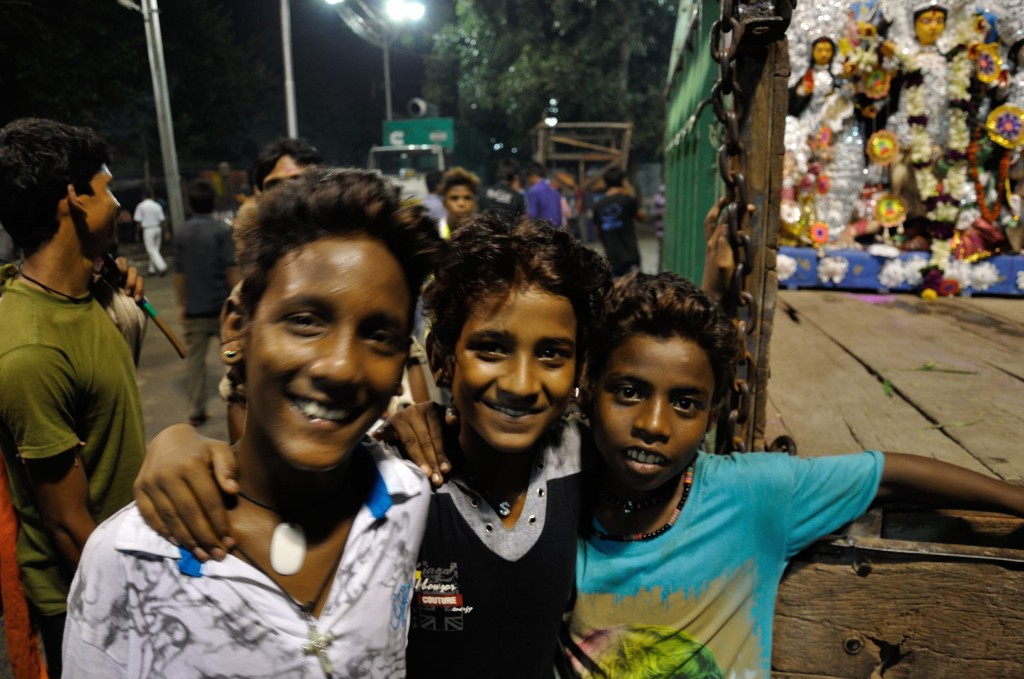 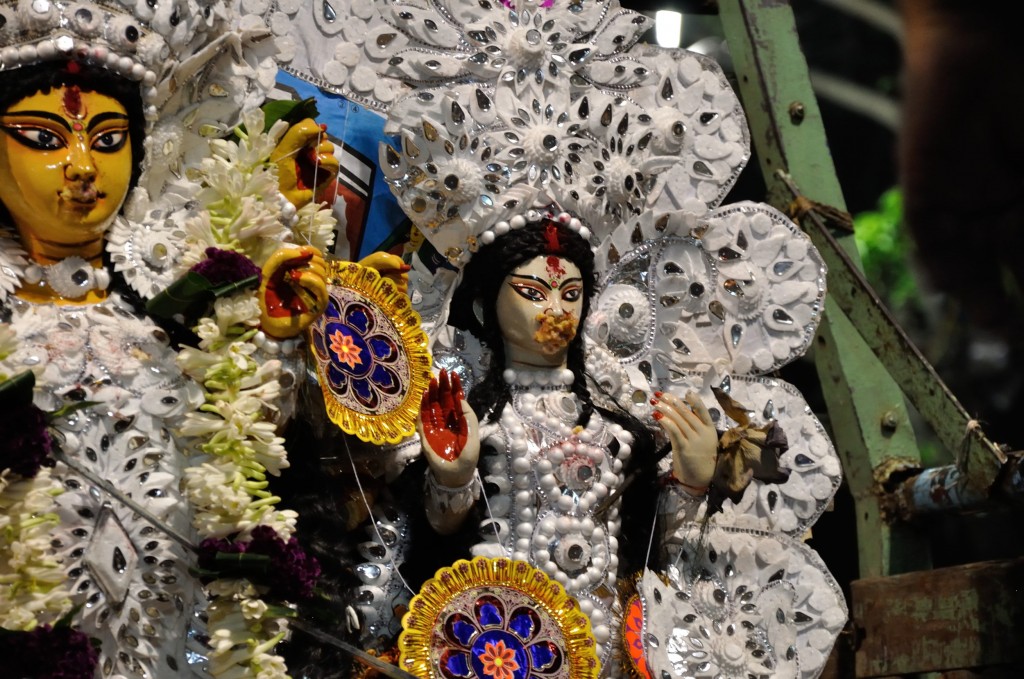 Notice the clay figures’ mouths – they had been fed some prasad, or religious offerings of food.  After being presented to the gods, prasad is then consumed by the worshippers. 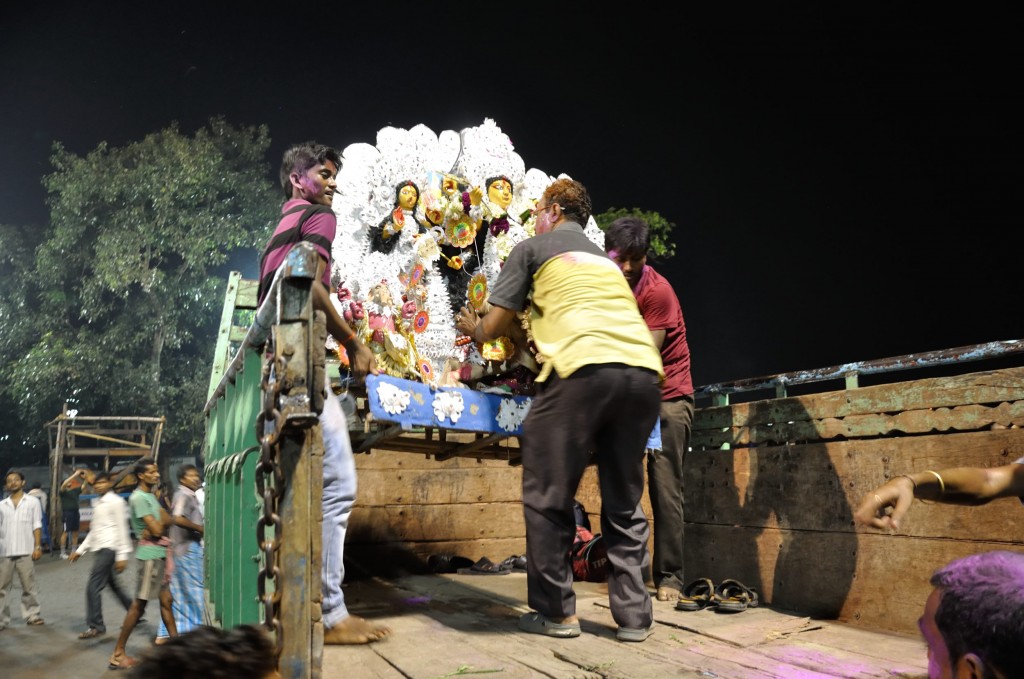 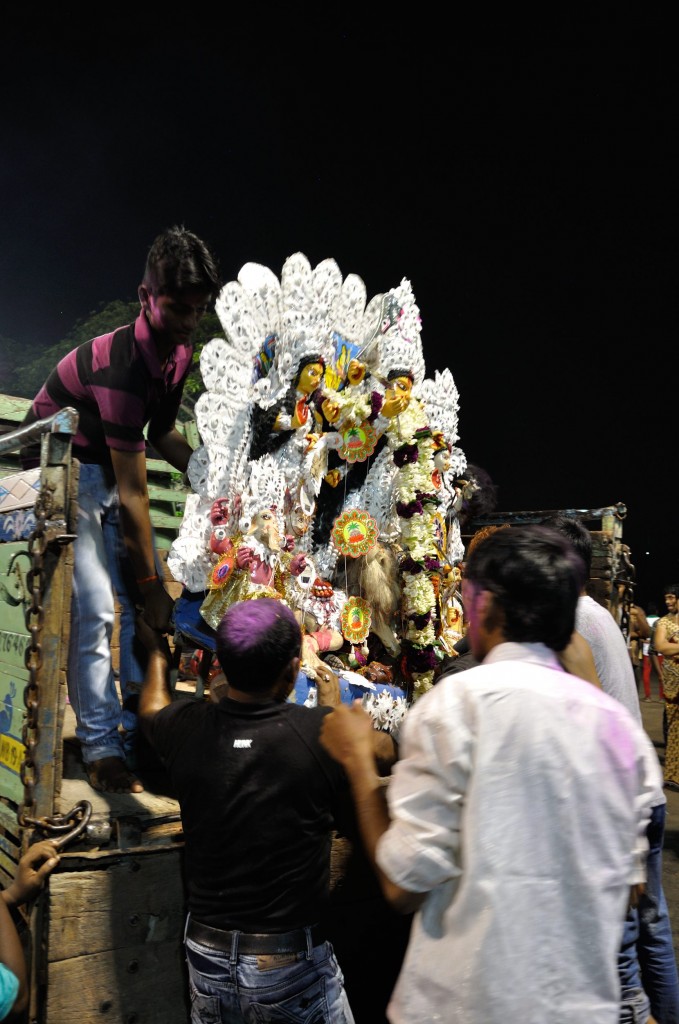 The pandal is spun around several times, before its bearers carry the pandal into the water. 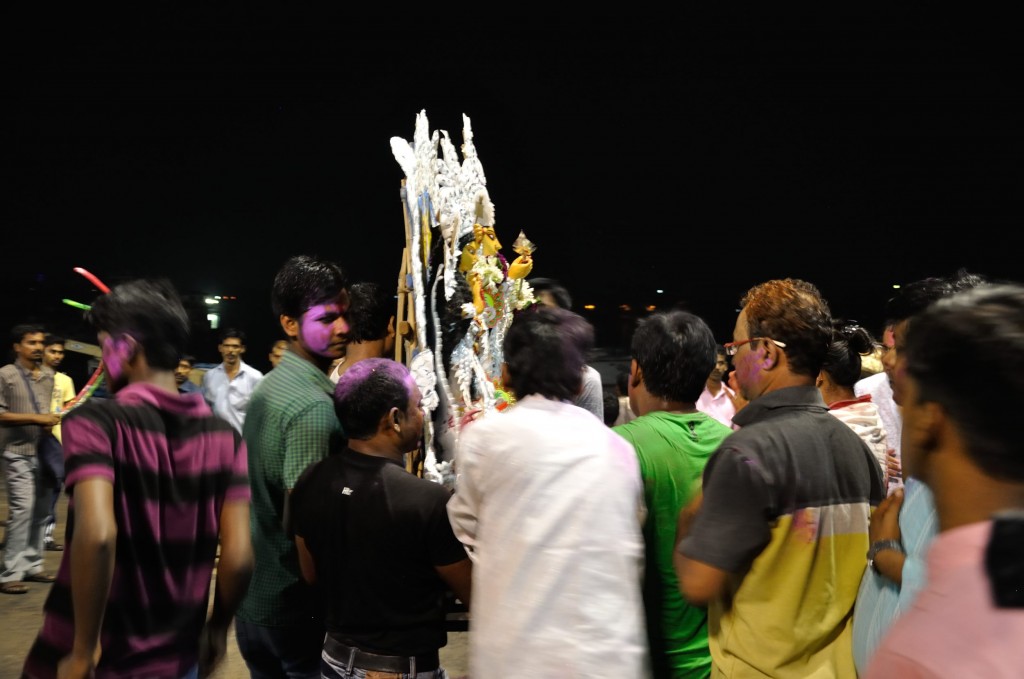 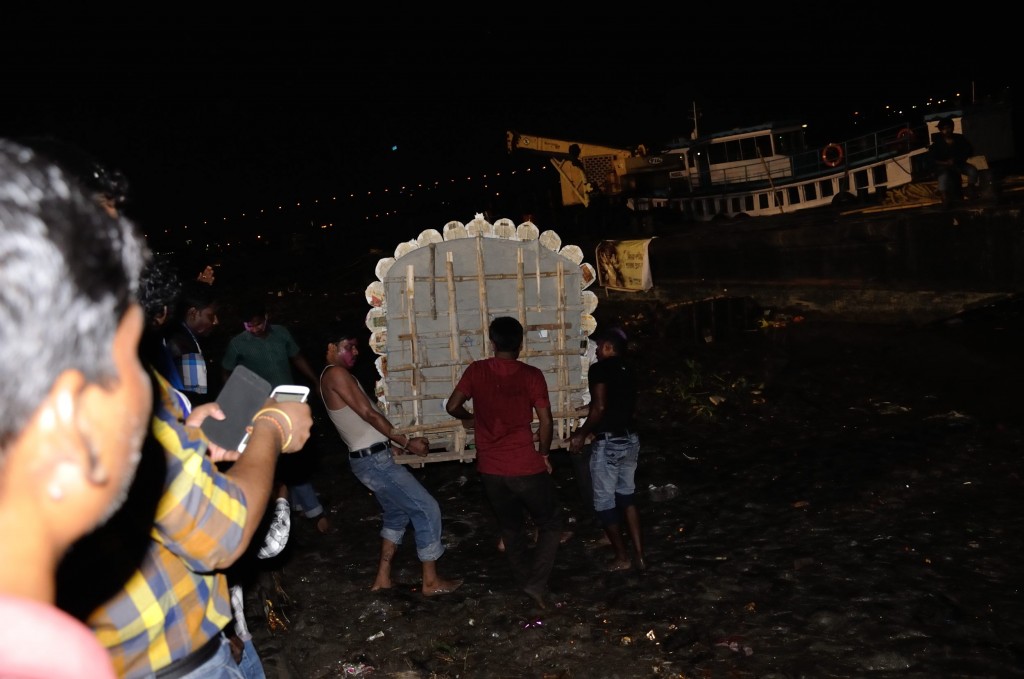 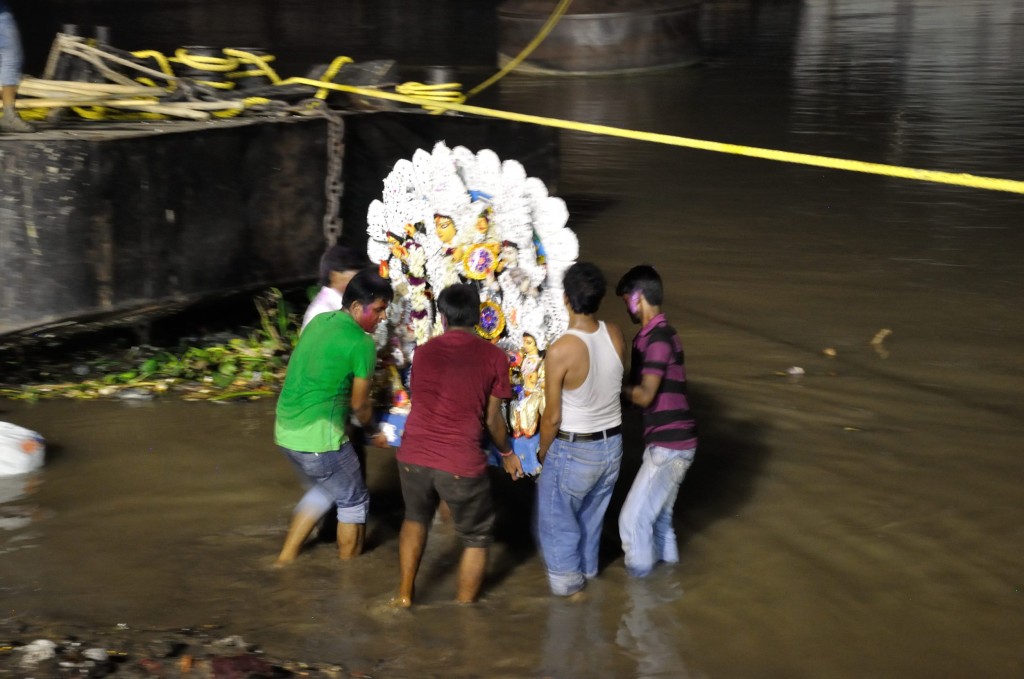 The pandal is once again turned around several times, before Durga and her children are laid down gently into the water. 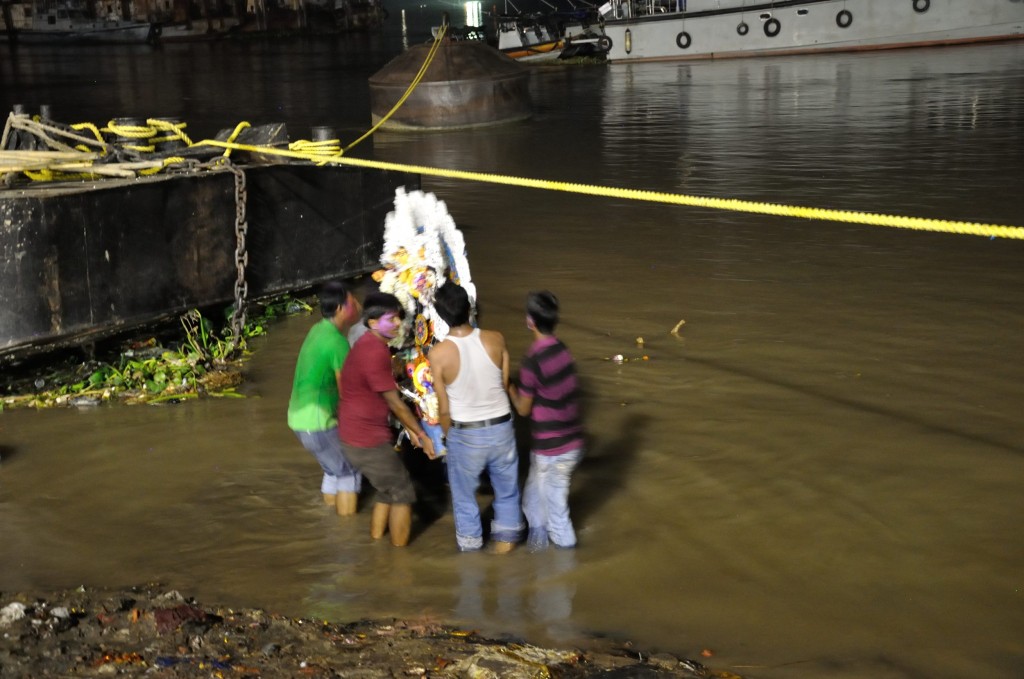 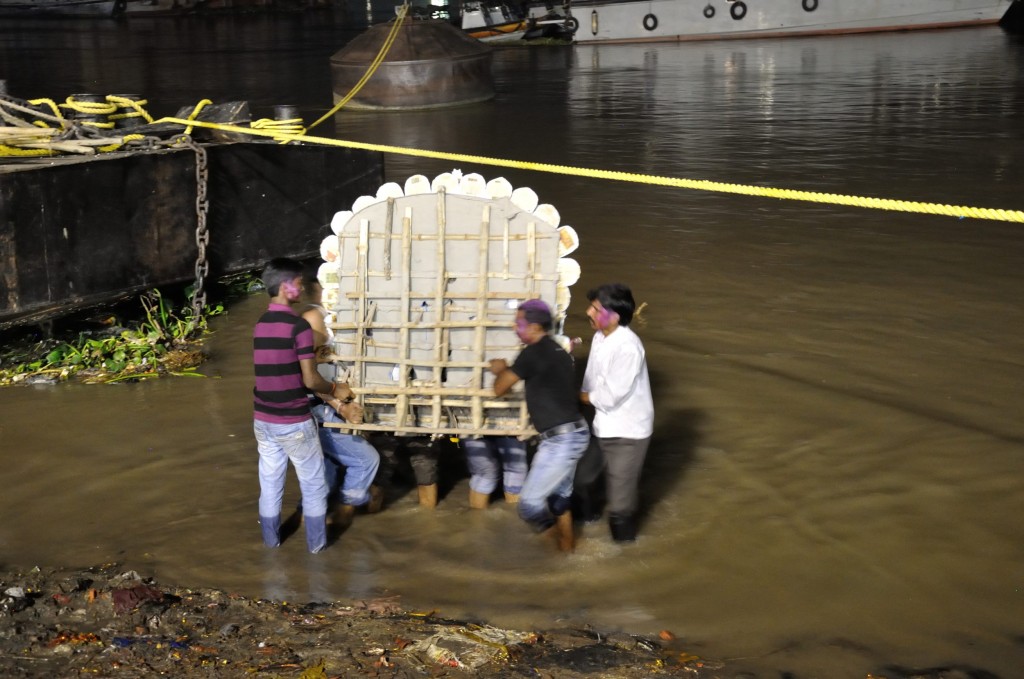 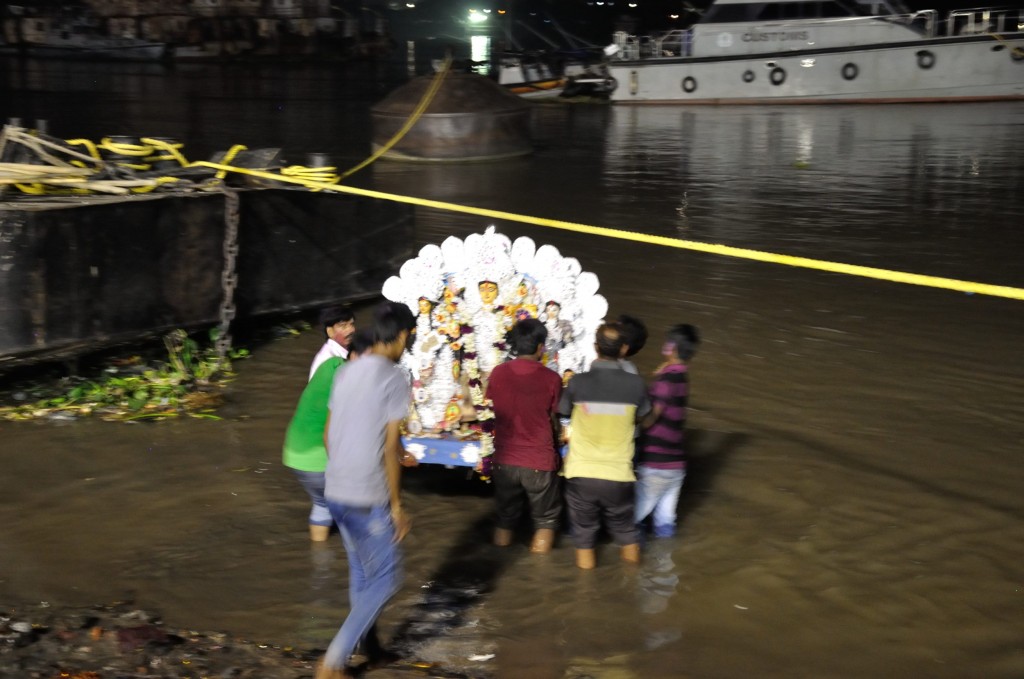 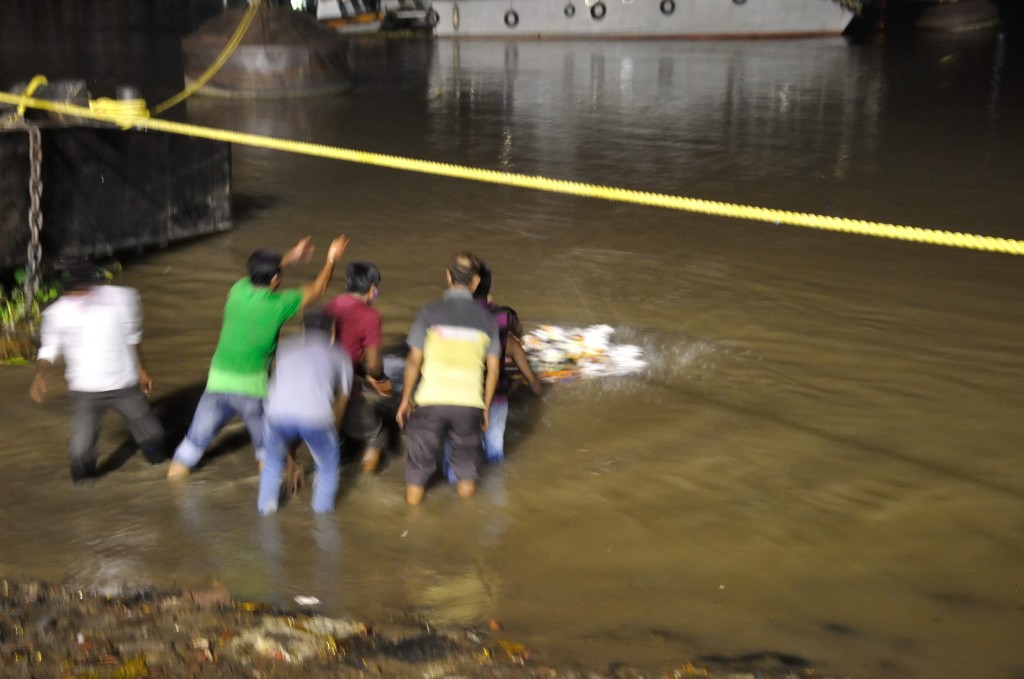 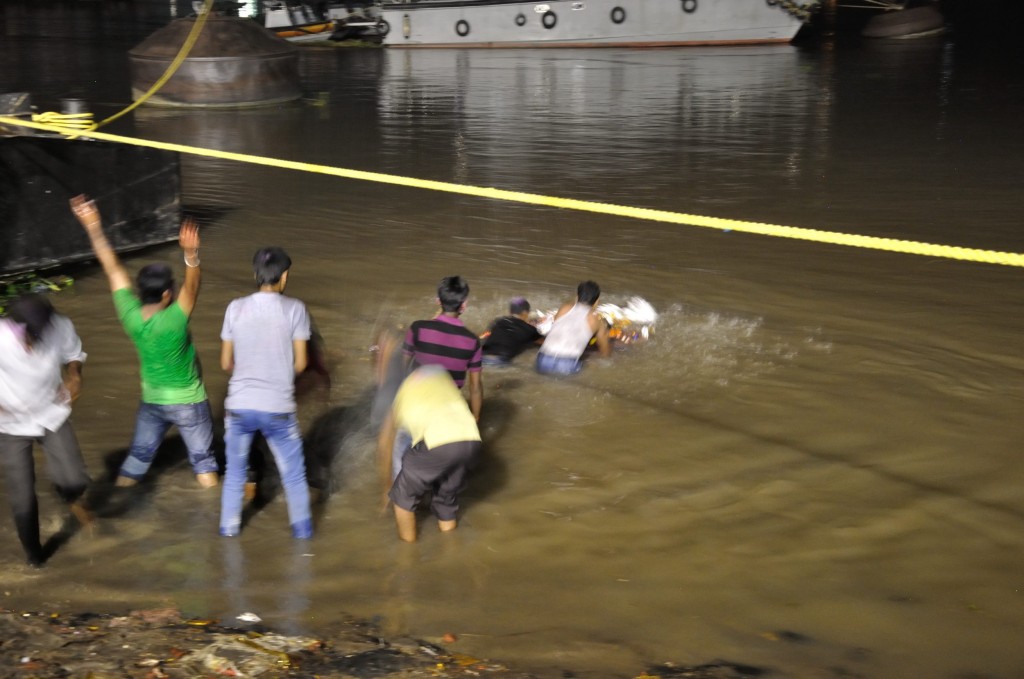 The immersion is finished.

And, now for the reclamation —
In the morning we can see pandal parts floating down the river. 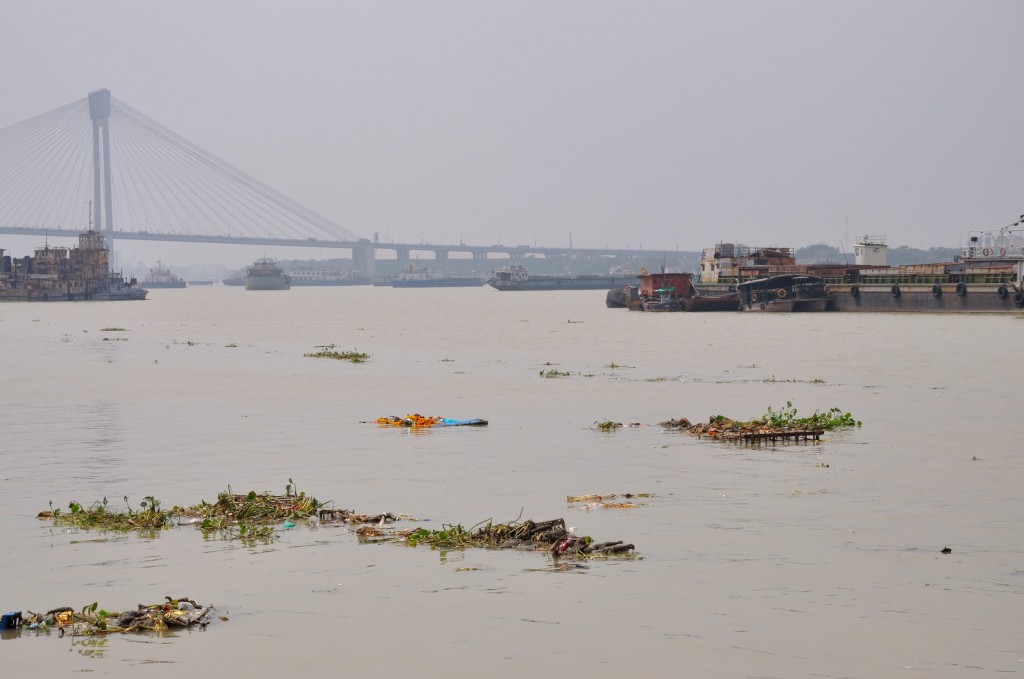 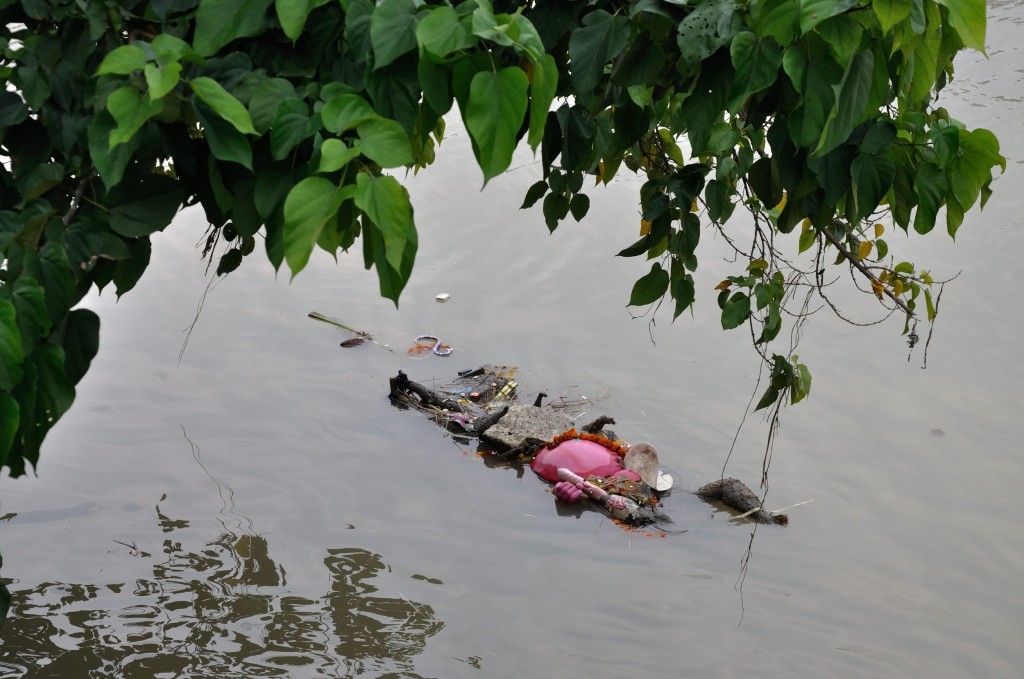 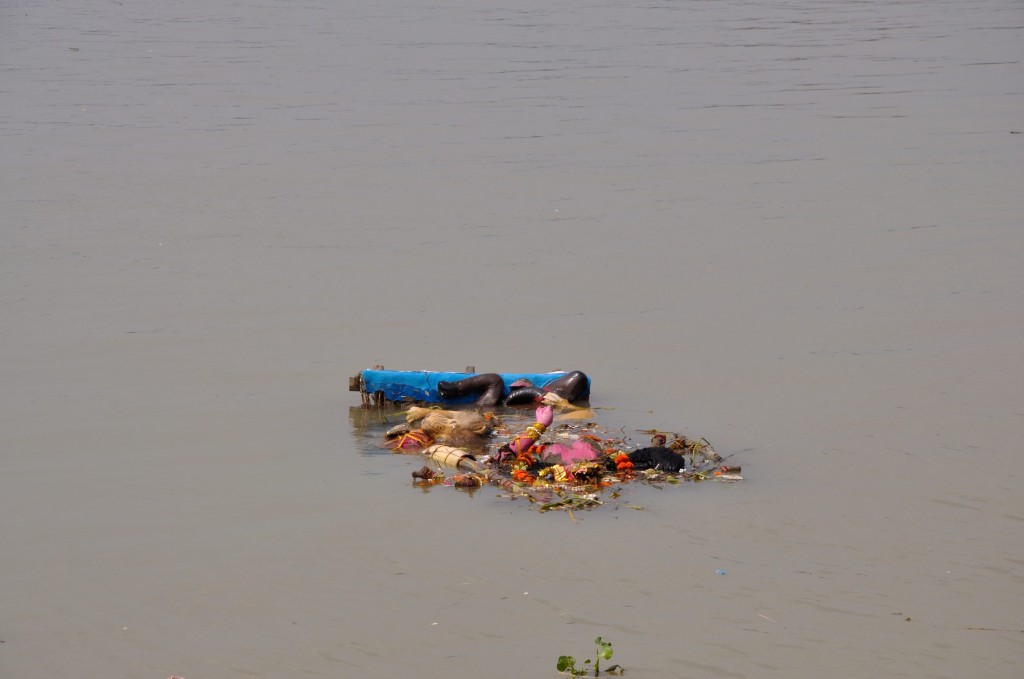 The cleanup and recycling begins— 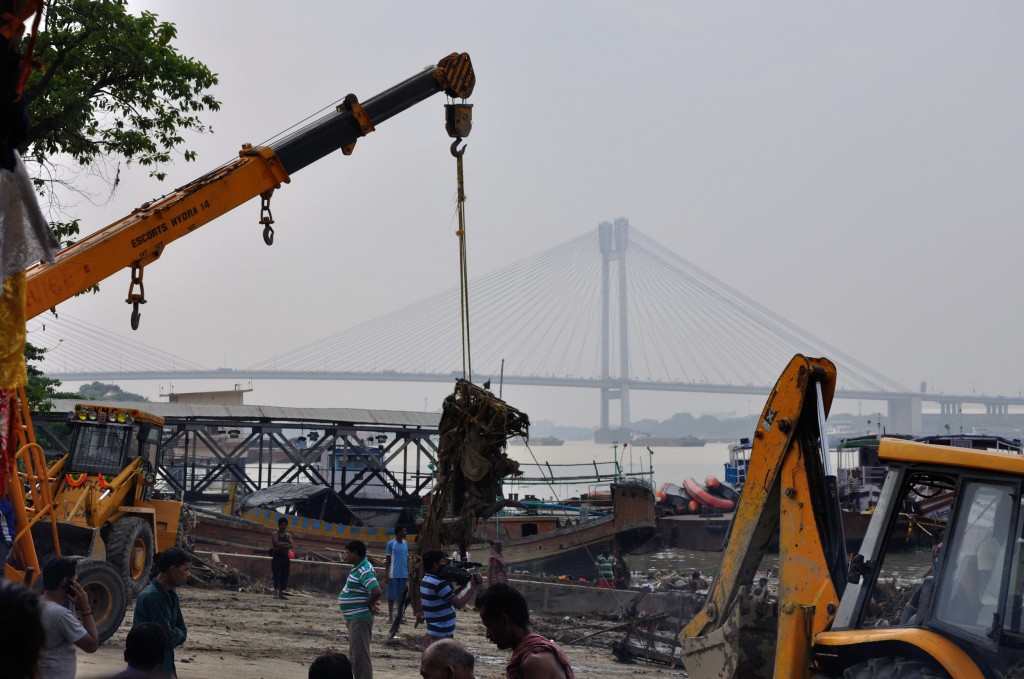 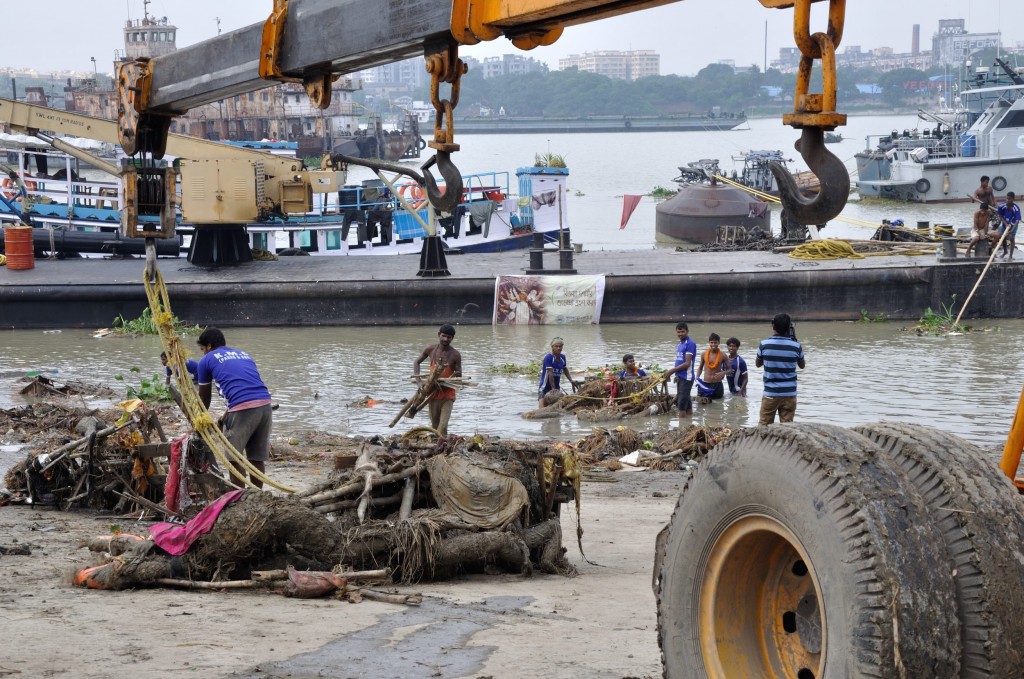 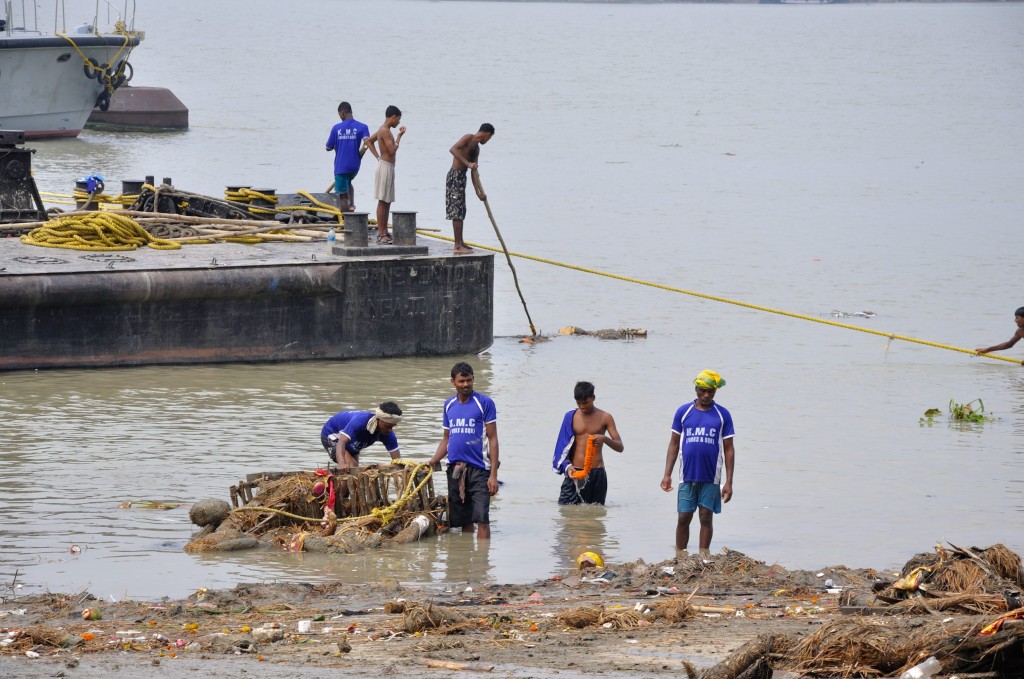 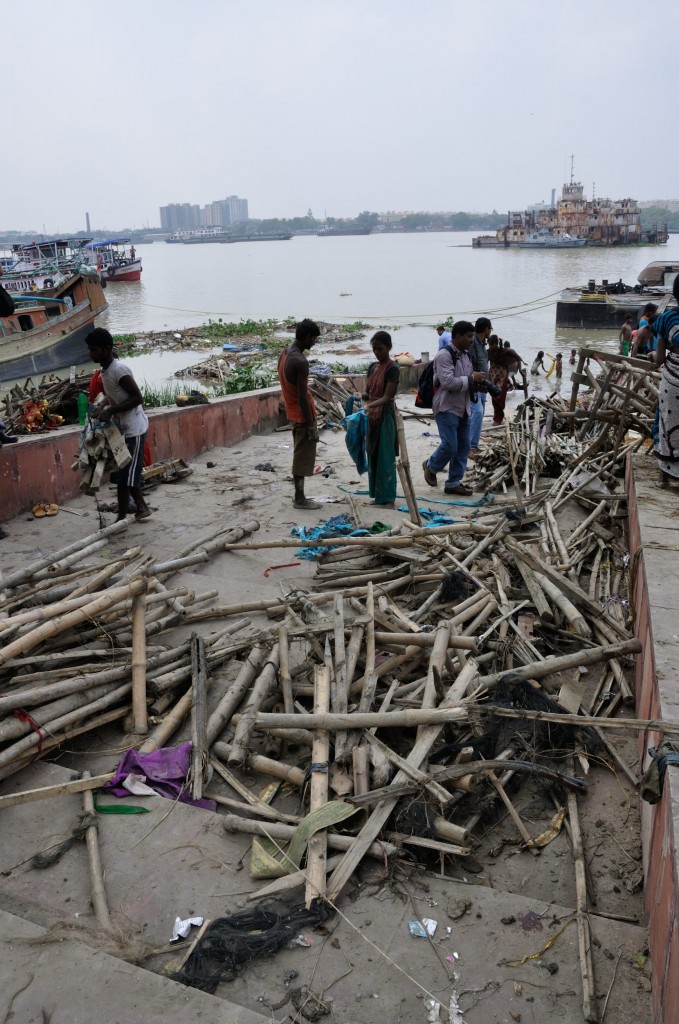 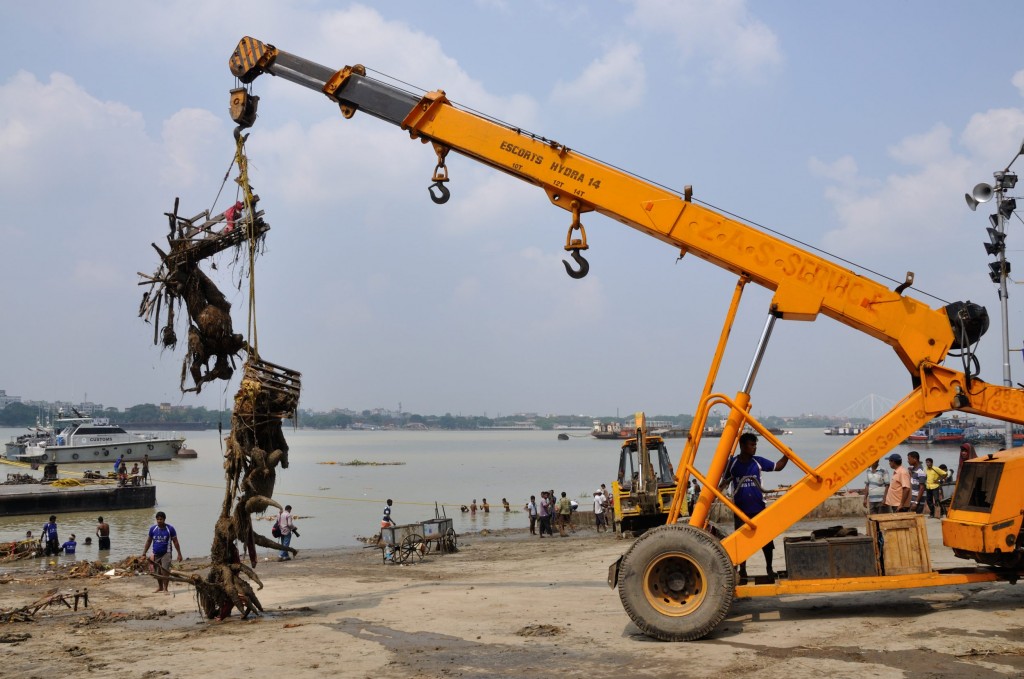 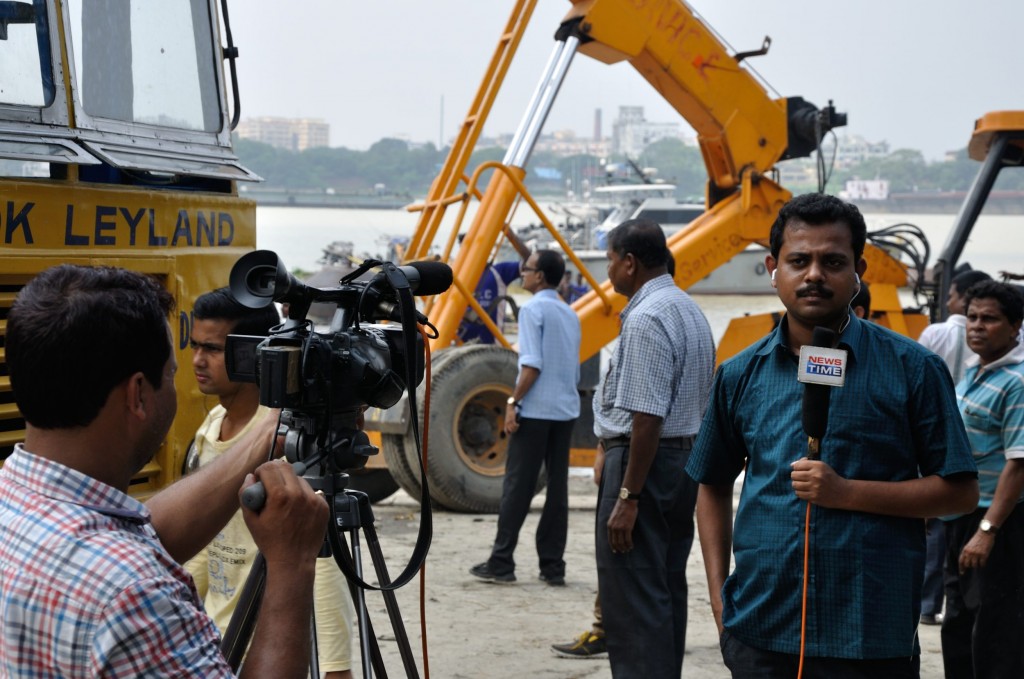 Television news teams on location at Babughat to report on the efforts to contain the pandal debris. 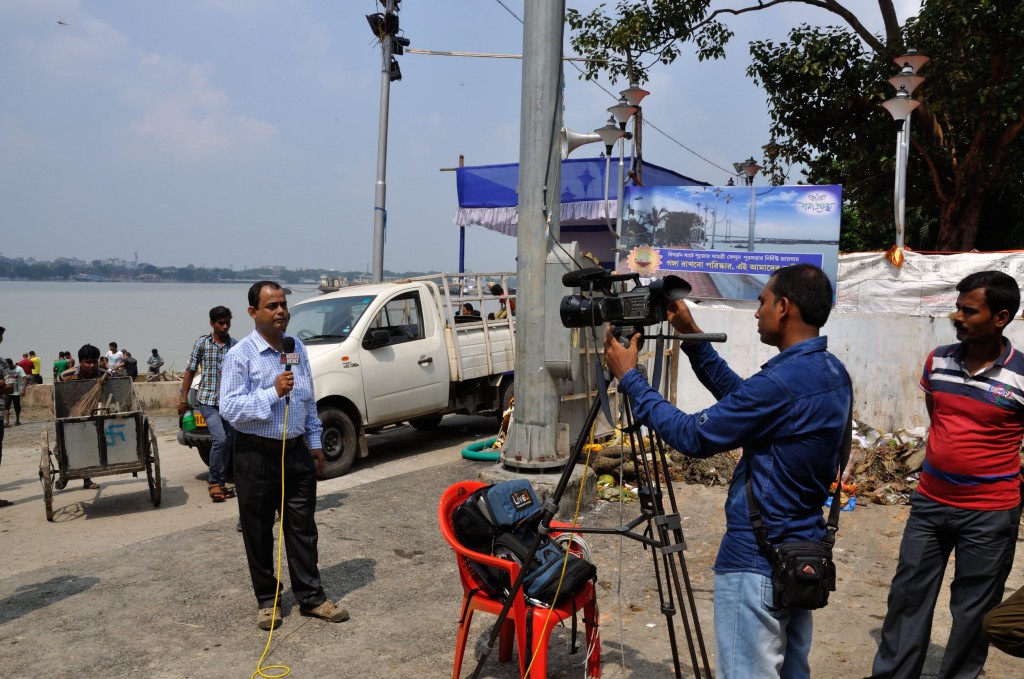 By 4pm, Babughat is completely free of debris and prepared for this evening’s immersions. 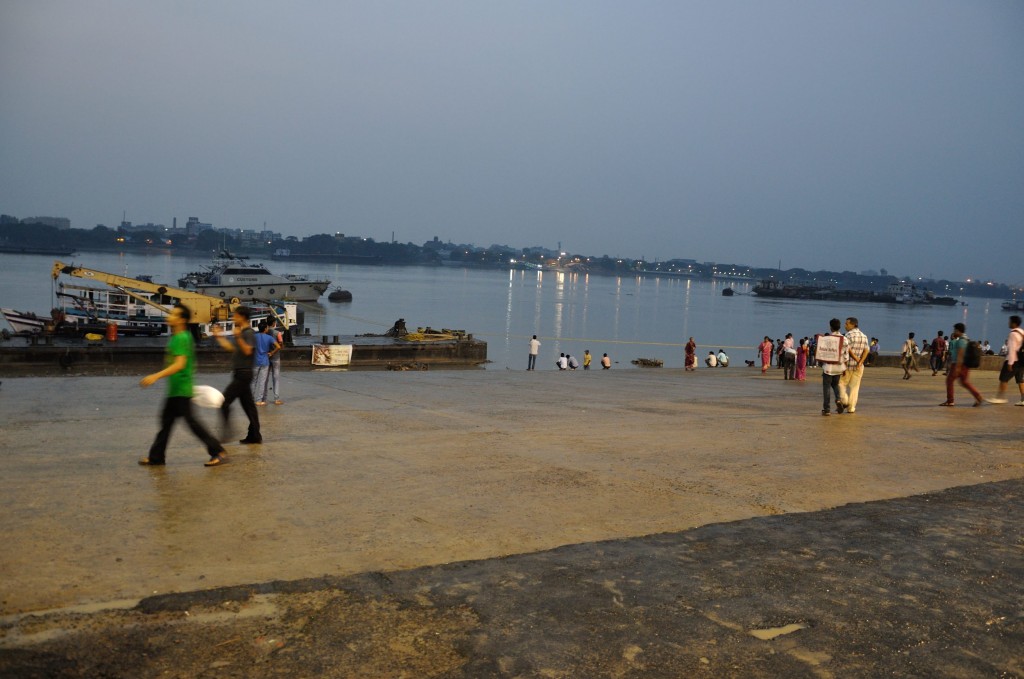